Getting Zoom onto your School-Issued iPad Print

All school iPads are configured to have Zoom installed automatically. If you do not see the Zoom app on your school-issued iPad, please follow these steps:

2. Make sure the iPad is connected to your home wifi network, and that you can load a web page in the iPad's browser.

4. Wait at least 10 minutes. During this time many of the apps on the iPad should update, and several new apps will appear, including the Zoom app. The iPad may also restart again on its own, as it installs an operating system update.

Many of our iPads were unplugged all summer; their batteries are dead, and they haven't been receiving regular updates. Although the Zoom app is now configured to be automatically installed on all student iPads, the iPads may need a little time, and sometimes the steps described above, to pick up that new configuration and install the app.

Apps for the school iPads are not installed using Apple IDs and the traditional App Store, but instead through an app on each iPad called Self Service, which has this icon: 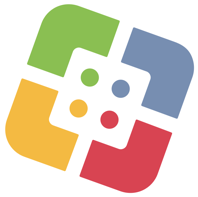 Opening this app will reveal a list of the apps which are available for this iPad. If you teacher asks you to use an app which you do not see on your iPad, you should be able to install it from this Self Service app.

Did you find it helpful? Yes No

Send feedback
Sorry we couldn't be helpful. Help us improve this article with your feedback.